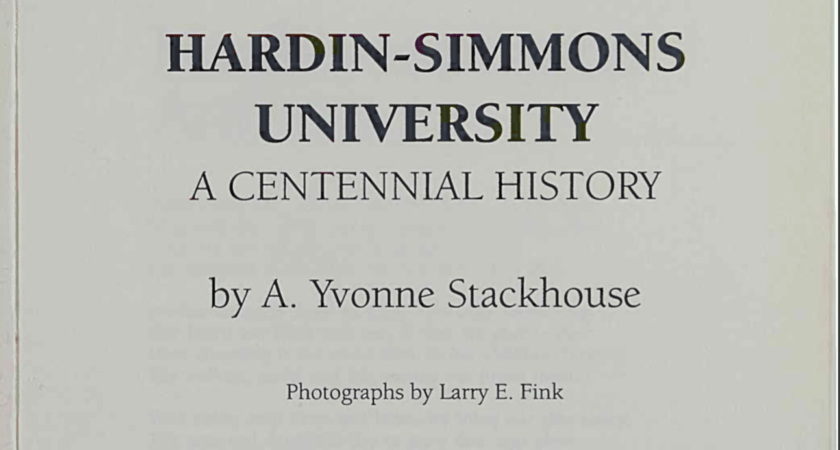 Did you know that the ministry training programs at Simmons College were instrumental in saving the college during the Great Depression?

In 1931, in the middle of the great depression, then President J.D. Sandefer “heard of a gift to Baylor University from Mr. and Mrs. John G. Hardin. Sandefer and Solon R. Featherston, an alumnus of Simmons University, went to Burkburnette, Texas, to visit the Hardins in their home to alert the couple to the work going on at the school. After the visit, Sandefer followed up with a long letter stating that over one thousand ministers and missionaries had trained at the small college and were serving around the world […]” (Hardin-Simmons University – A Centennial History, by A. Yvonne Stackhouse, pg. 65). After a large gift that saved the college from collapse, the name was changed by trustees to honor the Hardins and their generosity.

So, during a season of financial hardship, the president of the university made an appeal to a major donor by telling what God was doing through the [then] Bible department, and of the ministry that was happening as a result of the vision of James B. Simmons. Seems like the opposite approach is being taken by the current administration.

A fundamental lack of vision and fundraising is part of what Hardin-Simmons needs to be saved from. Former leaders of the university had it. Ask yourself – Does the current administration?

Here’s a video by Texas historian Paul Mosley regarding the life and contributions of John G. Hardin. More of his videos can be seen here.