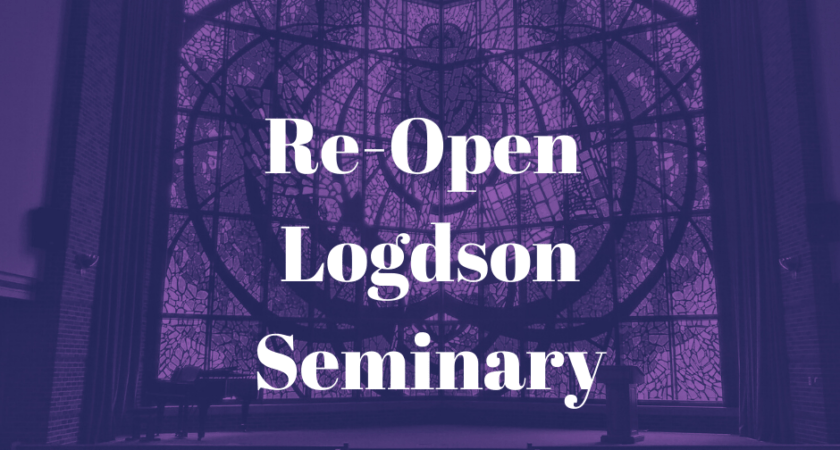 We call on the trustees to reconstitute Logsdon Seminary. This is key to The Better Way Forward. Logsdon is the ethical, moral, and spiritual heartbeat of the campus and vital to HSU’s future. The university should honor original intent of all seminary donors by using endowment monies for training men and women to gospel ministry at both the seminary and undergraduate levels. To do this, trustees should ensure the corpus of all gifts is used solely in accordance with gift agreements.

HSU Trustees should know and recognize that previous trustees named the seminary “Logsdon Seminary of Logsdon School of Theology” because they never wanted to separate the graduate seminary from the undergraduate studies when it came to allocating the endowment. Moreover, Logsdon Seminary, once reinstated, should be able to hire the faculty and staff out of the endowments given to keep the seminary strong and train next generation ministers.

Finally, in order to keep the seminary strong and growing, Trustees should insure the university rehires the Logsdon recruitment position which should not have been eliminated.

Dr. Michael Poliakoff, the President of the American Council of Trustees and Alumni recently wrote to HSU Trustees. He wrote in part:

“Lastly, donors and alumni are often a university’s most important ambassadors. Their gifts make possible academic programs, student scholarships, and student support initiatives that would otherwise not be affordable. They are also essential to shaping a university’s public image and for introducing young people in their own communities to the campus and the idea of one day applying for admission.

As I know you are aware, some donors believe that HSU’s closure of the Logsdon Seminary, in conjunction with its choice to retain the corpus of funds that constitute its endowment, runs contrary to the terms of donors’ gift agreements with HSU. This perception on the part of donors and friends of the University is a matter that calls for close board attention. Proper stewardship of these gifts—and even returning them if the terms of the gift agreements can no longer be met—will reflect on the values of your institution. It is also sacrosanct to the notion of trusteeship, which is why ACTA’s Fund for Academic Renewal exists to advise higher education donors on how to safeguard their intent. I urge each board member, if you have not done so already, to review the exact terms of any gift agreements connected with the Logsdon Seminary so as to ensure that HSU will always be viewed by its donor base as the most dependable of partners.”

If the decision to close Logsdon was financial, why weren’t alumni made aware and then engaged to fund-raise?

How come an online program, put together by Logsdon faculty and submitted in the fall of 2019, was not accepted by the administration and trustees, but then in his February 12th email, the president insinuated the faculty opted against an online option?

The Logsdon M.Div. program ranked in the highest financial health category among all programs on campus. This was presented to the entire faculty. Everyone on campus knows it. But, it doesn’t fit the narrative from the administration. Why are they concealing this fact?

How does BGCT Executive Director, David Hardage, play a role in all of this? In the week after Logsdon’s closing, Hardage said he was surprised. Did he not help facilitate a meeting with the president and three West Texas pastors behind the back of Logsdon’s faculty? The BGCT has only two seminaries and 51% of the HSU board are voted on by the BGCT. How is it possible for the head of the BGCT to be surprised?

Why does the president pick and choose to whom he responds to criticism regarding Logsdon Seminary’s closing? He gives his cell phone number to some, while completely ignoring some former deans, some former faculty, some alumni, and some council members who disagree with the decision?

Why doesn’t the president regularly attend Logsdon chapel? It is literally in his backyard.