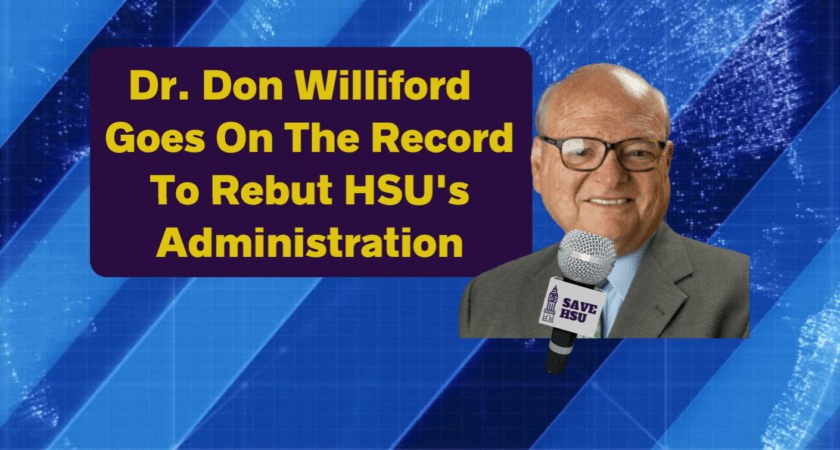 Dr. Donald Williford is now making public a second rebuttal to many of the administration’s ongoing claims regarding Logsdon Seminary and its closure.

Mrs. Taff wasn’t sure about some of what McNair stated in his letter, and gave former Logsdon Dean and HSU Associate Vice President for Academic Affairs/Associate Provost, Dr. Donald Williford the opportunity to comment on the letter. Dr. Williford’s remarks appear line-by-line below in red.

This past week, McNair made some of the same claims in his interview with the Baptist Standard, and so this letter is extremely timely. Also, read until the end for additional commentary from former Executive VP and Provost Dr. Ron Smith.

(Drs. Williford, Smith, and Mrs. Laura Taff have all given full permission to release this exchange, and the corresponding commentary.)