Did HSU Administration Fail to Report Financials in BGCT Book of Reports? 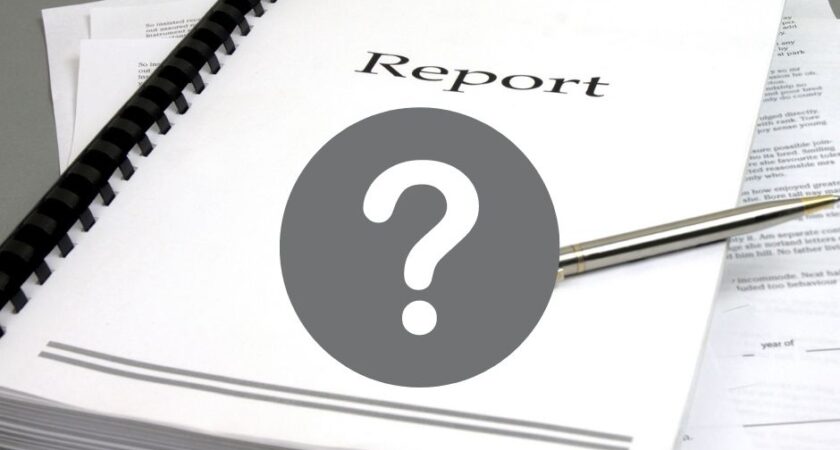 Did HSU Administration Fail to Report Financials in BGCT Book of Reports?

***FINAL UPDATE: Save-HSU acknowledges Trustee Drue Pounds’s factual claims that the BGCT had the report all along. Our team based initial conclusions and questions on the BGCT’s incomplete Book of Reports. Thankfully, the omission of the financial information Hardin-Simmons sent to the BGCT came to light and the BGCT corrected the document. Read a full statement from Save-HSU here. (11/17/20, 10:30AM)

The Baptist General Convention of Texas (BGCT) is meeting this week, and every year, the BGCT publishes an annual Book of Reports. In the Book of Reports, presidents of every Texas Baptist college, university, and academy provide a report of their institution’s activities and a summary financial statement of the prior year.

This year, current HSU President Eric Bruntmyer glowed and gushed about his administration’s leadership, celebrated a new “Purpose Driven Life” Bible study group on campus, and even claimed enrollment is up 10 percent. (It’s down roughly 8% according to the Baptist Standard.) But even more glaring, Bruntmyer’s printed report did (at the time of publication) not include any summary financial information for the BGCT’s messengers. Every other presidential report included summary financial statements, but in Bruntmyer’s report such figures were initially, and oddly, absent.

If the trustee’s recent claims are correct – that Hardin-Simmons is in the best financial shape in years – it seems HSU would definitely want the financials highlighted. [At this point in fact, the BGCT’s CFO has issued a public apology to Hardin-Simmons University.]

HSU’s administration (and perhaps the BGCT) seem to constantly leave themselves open to critique and this only adds to the embarrassment of the current situation on Hickory Street in Abilene. A trustee from the university states that the report was submitted to the BGCT via email, and somehow did not make it into the Book of Reports. This is an unfortunate occurrence, and it could not come at a worse time, when HSU is needing to build trust among constituencies.

[It remains to be seen how the newly published numbers in the BGCT Book of Reports contrast with the restated 2018-2019 audit.] HSU keeps touting that the audit was a “clean audit.” It seems, of course, it was a “clean audit” – because the auditors identified and cleaned up major problems with HSU’s own financial reporting – which according to multiple sources, left board members in the dark about the financial state of the university. A restated audit is a big deal in the business world, which often leads to immediate termination of executives at for-profit companies.

Could it be… Logsdon Seminary’s closure had nothing to do with money?

At one point HSU’s administration claimed “exigency” (financial bankruptcy for universities) when firing faculty, and soon after the administration and trustees claimed HSU as in the best financial shape in years. So which is it? Is HSU sitting high on the hog – or is she broke? Without printed financials available in the BGCT book of reports, the messengers from churches across the state may have never known.

What we do know is this – the closure of Logsdon had nothing to do with money. It was all about theology, and all about pressure from certain West Texas pastors and BGCT executives to “do something about Logsdon.” This is not a rumor, as the administration has suggested, but a material fact corroborated by multiple sources both present at and aware of that fateful meeting where Logsdon’s future was decided. We even know that one of these West Texas pastors, and a trustee who led the charge to close Logsdon, (Darin Wood) was at the time on payroll for another Texas seminary – a seminary which also happens to have an extension campus at Wood’s own church.

Why does the BGCT name 51% of trustees for HSU while only underwriting about 1% of HSU’s annual budget? This is an out-sized influence, and a change is long overdue.

Will the BGCT’s messengers really nominate the (numerous) trustees that got us into this mess to serve another three year term? The makeup of the current board is inadequate, and something must change. If these are the trustees the BGCT wants to control HSU, then HSU needs to re-evaluate her relationship with the BGCT before it’s too late.

What would happen if it were another institution? One can only imagine how alumni, faculty and staff at other BGCT universities would feel if their institutions were subject to outside meddling by denominational executives and politically-motivated pastors. One has to wonder if there would be any repercussions if the financials of Houston Baptist, Dallas Baptist, or Baylor did not appear in the report to BGCT messengers regarding their university’s financial health or for how Cooperative giving had been allocated. If the omission of financial data was a clerical error at the BGCT, it seems like a pretty glaring omission considering the year HSU has had.

The HSU family deserves and expects more from HSU and the BGCT, as do the BGCT messengers. It’s time for a number of changes.

*An earlier version of this post made declarative statements regarding the actions of the administration, including President Bruntmyer, which have since been changed to questions. The BGCT’s incomplete and erroneous report, when taken at face value, led us to draw particular conclusions and ask certain questions based on the facts as they were presented. A trustee has replied via email with facts stating the omission of the financial report is the fault of the BGCT.

**(UPDATE) We have been told by HSU trustee Drue Pounds that HSU sent the correct documents to the BGCT in July but that the BGCT failed to print the financials in their Book of Reports.