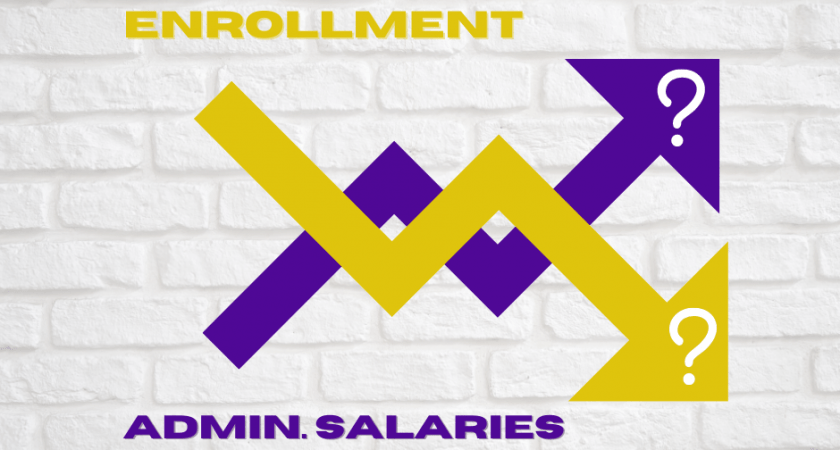 The latest public 990 reveals that Hardin-Simmons University President Eric Bruntmyer received a raise of $80,649 from June 1, 2019 to May 31, 2020. His total compensation package jumped to $419,029, up from $338,380 the previous year. Concurrently, HSU’s total student enrollment significantly decreased once again this year, marking HSU’s lowest student population in a generation. Bruntmyer’s salary increase is not the only one to increase among administration salaries.

Bruntmyer was not the only HSU administrator who received a large pay raise. While benefits for faculty and staff were significantly cut, the rest of the administration also received hefty compensation raises.

The leaders of Save HSU have told you the truth for over a year and a half and we will always tell you the truth. We will continue to call for truth from the HSU administration and trustees.

Why did the board of trustees claim HSU was going broke so quickly that the university had to let go of beloved and loyal professors in February 2020? At the same time, we now know that administration salaries were skyrocketing. Remember This video?

Questions for the HSU Board of Trustees:

Why is President Bruntmyer’s total compensation skyrocketing while enrollment is plummeting?

According to the administration the reason Logsdon closed and professors in many other programs were terminated is that the university was on the verge of financial catastrophe. So why did other administrators continue to receive raises during this period if finances were so dire?

When asked, HSU CFO Jody McGaughey stated that it would take an enrollment of one-thousand students to “make Logsdon profitable.” One wonders what the administrator salaries would have been if that was indeed the case. Questions still remain too, regarding exactly what has happened to the $32 million in endowed funds restricted for use by Logsdon Seminary.

Eric Bruntmyer stated the day he was hired and introduced by the board of trustees that he wanted to get to know and serve area and regional pastors. How do he and the board justify a single year raise that exceeds most pastoral salary packages in the same year HSU chose to stop training pastors for ministry because of “financial reasons”?

Questions regarding the HSU Honors program have gone completely unanswered. Where did the money go?